You are here: Home  /  League 1 News  /  Saint-Etienne big winner of a week European

The french in the champions League

3 days after their rout, the PSG has again signed a disabling underperformance against Lugorets.

It was enough of a victory to get first place in their group. It is missed once again.

Winner arsenal 4 – 1 in Basel finally gets a first place which can preserve them a big (finally) in the final eighth.

A small satisfaction: Ben Arfa made a record of dribble managed 9 dribbles on 11 tempted.

Ultra Dominator, Lyon failed to score 2 goals necessary to their qualification against FC Sevilla. He attempted much.

Monaco already qualified and the first of their group have not forced their talent. A defeat 3-0 to Leverkusen (30th V.Yurchenko, 48th J.Brandt, 82nd csc M.De Sanctis)

The round to Saint-Etienne

Nice already disqualify, Saint Etienne will be the only french representative in Europa league apart from Lyon poured out of the champions League. ASSE has managed a full, dramatic and stunning. By twice A.soderlund (62nd and 67th) and K.Monnet – package (74th), Holy came out of Anderlecht outside. However, Anderlecht led 2-0 at the break by A.Chipciu (21st) and N.Stanciu (31st). 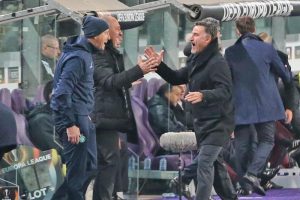 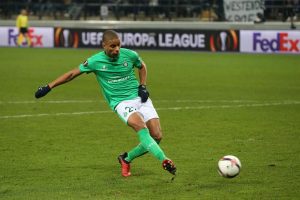