A 3rd day at the hideous losses

On Saturday, Lyon and Paris in closing failed during this 3rd day. If Lyon started rather well meet him, is not the same for PSG. Conducted 2 o the break by goals Moutihno Monaco and Fabhino (45 + 2) (13th). PSG went down in the first half and woke up briefly in the second period. Monaco who managed the meeting.

Monaco vs. PSG 3-1, a first disillusion which should be dismissed.

Lyon has lost more than a game, a player Fekir, out for 3 weeks and Alexandre Lacazette out on injury. Before Lacazette has advantage to mark his 6th goal (37th) of the season (3 games) already. Lacazette is simply the top European scorer currently. But Lyon took a correction 4-2 out of its bases in an almost inexplicable way: a realistic thought on the part of Dijon.

Meanwhile the Guingamp of the ex-parisien Antoine Kambouaré is positioned in the first place with Nice and Monaco. 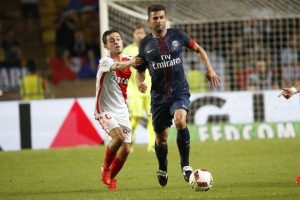