Thanks to Falcao, Monaco has had his ticket to the final of the League Cup. A final Monaco have not won for almost 14 years.

It will be more against the paris, taking the title. It will not be an easy task.

However, Monaco has the necessary weapons with Radamel Falcao of course but also Mbappe, Germain, Fabinho, Sylva Bernado Moutinho, Lemar, Bacon among others for hope u title this year.

As long as the momentum continues. When at PSG, he recorded the return of Pastore's injury and the arrival of Portuguese Gonçalo Guedes.

The Monaco are still, as PSG, engaged in all competitions. Besides the PSG and Monaco will face next Sunday (20 H 45 on Canal +) at the end of the 22nd round of League 1. A match at the top of a League 1 breathtaking. 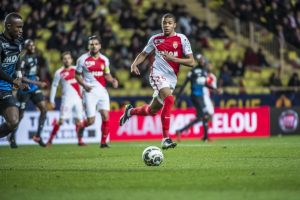