A great night of champions League

Monaco faced yesterday night Tottenham. Best attack in Europe with 39 goals, the monegasque's aren't just a draw to qualify. There were full of resentment by 2 winner. One of infuriating Sidibé head on a beautiful pass mark and the other struck high-powered Lemar who has Pierce Defender goal and net.

This victory full authority to ensure their first place take since the beginning of the competition.

It will be at least two french club in eighth because Lyon has offered a final 0 – 1 at Dinamo Zagreb (72nd Alexandre lacazette goal) for qualification. Should lyon win at least by 2 clear goals to qualify at the expense of his opponent, Sevilla FC.

Tonight, PSG will have a chance to seize the top spot in its group by beating Arsenal. 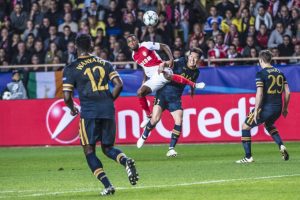