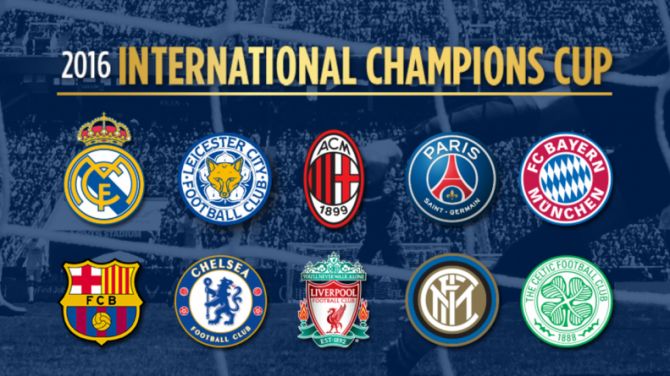 Program of PSG at the preseason tournament ICC

Matches with the flavours of the champions League

The PSG of Emery will face Real Madrid's Zidane on 27 July and then will face the bright ex-monegasque Claudio Ranieri Leicester team July 30.

All of the games of the upcoming tournament:

Barcelona Vs Leicester, August 3 in Stockholm at 20: 00

AC Milan Vs Chelsea, on 3 August in Minneapolis, Minnesota at 1 h

Manchester United Vs Dortmund, July 22 in Shanghai at 2 p.m.

Manchester City Vs Manchester United, July 25 in Beijing at 1: 30 p.m.

Borussia Dortmund vs. Manchester City, July 28 in Shenzhen at 13:30

Melbourne Victory Vs Juventus Turin, July 23 in Melbourne at 11: 00