The french to the appointment you

Lyon and Monaco have managed back in the champions League. Lyon wins at home against Dinamo Zagreb 3 – 0. Goals of Tolisso (13') on a great impulse, Ferri (49') and Cornet (57') put down the Croatian team.

AS Monaco achieved through an initial period of good to beat the team of Tottenham thanks to Silva (16') and Lenar (31'). Tottenham has reduced the score in the second thanks to Alderweireld (45'). As Monaco confirms his very good early season. A victory outside London that reminds the feat in the final against Arsenal in a match eighth go (1-3)

It's a beautiful evening of champions League punctuated by the elites of championship victories. Yesterday PSG to the big ambitions has missed the boat.

This is only a postponement. 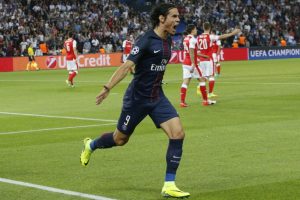